Villa Lucero is an iconic 9,004 hectares farm in the north of Uruguay where we manage our own cattle operation and lease row crop (soybean, rice) and forestry areas to third party operators. 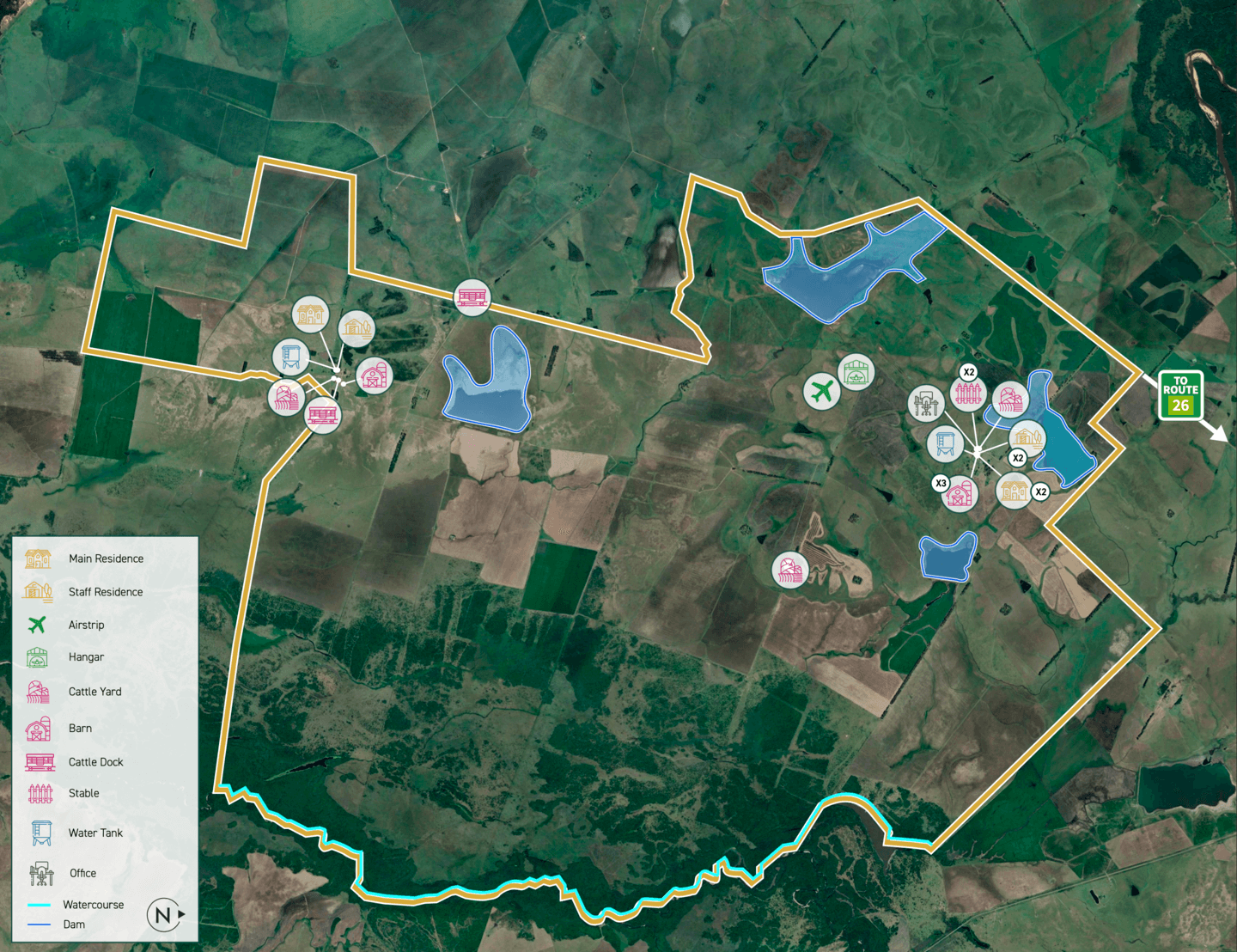 Three sets of chute, pen, corral, and cattle dock, and a cattle bath.

Thank you! Your submission has been received!
Oops! Something went wrong while submitting the form.

TLG Management Partners is an investment management platform focused on agriculture in South America and is the single largest institutional manager and operator of third-party owned farmland in Uruguay.